At the very end of life... is there a tunnel or a dead end? Only an impostor can be certain.

Addiction: people running away from themselves towards themselves

I can walk past a church, a mosque, a Buddhist congregation or a health club and at every establishment

I would ponder the same questions: What if they are the ones who got it right?

What if they are the ones who have figured it all out?

Encountering Heidegger: “I have to start thinking about death, life kind of demands it”.
Also Heidegger, “...as long as you have found your Authentic project in life you don’t need any morality…..

you can be an authentic murderer “

I wake up at night squeezing my pillow and realize;

Reminiscent of Burroughs, “When you see something beautiful, don't cling to it”.

I am browsing through the wardrobe of societal straitjackets, and it could be worse of course,

I am not yet in the department of catastrophes.

Slavoj Zizek, a virtuoso of philosophical jargon, almost a swindler of terminology.

But his visceral style and tone alone can shake certitudes.
(Here is a worthy future experiment: if you have something profound and deep to communicate, you might as well try to do it in a clear-cut everyday language)

“Reality”, what an abused word….

like a bruised and battered 1950ies housewife that everyone has been unfaithful to,

many times without even knowing it.

The revolutionary and the reactionary are secretly sharing the same utopian bed, but in reversed positions;

for the former paradise lies in the future, for the latter it’s fermented in the past.

Internet and smartphones has sealed the deal: representation has become more real than the real,

the world has become a map of the world.
(“the very crab-ness of it” , Mark Fisher comments on the image of people obsessively fiddling with their smartphones)

Who has traced my digital footprints, who is watching me here in the dense cyber-forests?

Who has the statistics of all our porn-endeavours and in what grisly future scenario will it be held against me?

At the hospital I was watching television together with a woman who was terminally ill in cancer.

During the commercial breaks I thought intensely about something meaningful and comforting to say,

something that wouldn’t collapse into utter banalities.
Extra-linguistics; At certain moments talking is not a sufficient mode of expression; we have to resort to gestures, singing, howling, sobbing, sighing or ceremony.

just like a flaneur who is polishing his shoes while secretly envying the freewheeling genius of the ragpicker.

Capitalism, at once super-obvious but at the same time it operates like a clandestine consensus so deeply ingrained in our thinking – like a sacred map hardwired to the unconscious –

that it is almost impossible to imagine alternative modes of production or even greater modifications.

(If you criticize capitalism many will reflexively be hurling words like “communist” in your general direction, much in the same way, I guess, people in the middle ages would be screaming “heretic” at you should you dare to question God’s authority)

existential test pilot and a detective of absurdity.

Abstract painting; a philosopher’s flow of thoughts stiffened into a system, into a net with which to try and catch a fragment of existence. In any case, the system always end up catching the philosopher.
(Cioranesque picture; Thought transform into system. Action transform into power. And we, aesthetes or idlers, abandon both ships…)

It was a chilling experience, finding out that your former bully now was a professional psychologist and
imagining that she was in a closed room somewhere, treating a patient.

Mutuality is a slippery sloping Island, a no man’s land where leaders vanish and Authority turns vague and ambivalent. Many flags of hope are dotting the area.

Using the idea of suicide to deal with existence is like using a centrifuge and it is a cousin to the swearword.

The almost redeeming power in vocally expressing suicidal thoughts can, for some at least, dilute and postpone morbid desires; it makes you a less ideal suicide candidate. This is valid as long as thoughts doesn’t transform into actions other than speech.

A strange uneasiness paints the picture; the body is a village where I’m exiled, and I don’t speak the language.

Irony is one of pessimism’s companions, a flightless bird that has come to like its cage.

This bird’s voice is the dissonance between the real and the ideal.

If Latin was a person it would be one of “Splendidly unsentimental pithiness”,

a wonderful bureaucrat or a defense lawyer. 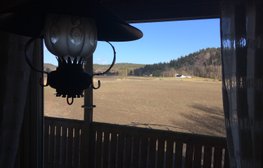