I have recently translated it from swedish.

The swedish version was roundly rejected in 2015 by several publishers.

It has been cut in half from the original size.

Plot; A lonely wandering person who questions his existence after breaking up with his partner. He becomes more and more paranoid and psychotic. The city of Gothenburg serves as a back drop.

It is fictional. However when imagination has failed I have borrowed from my own experience (and others, in the way I have imagined it)) and then shuffled the cards a bit. The main character is not me, if anything it is a deeply vulgarized version, or perhaps it is impossible to write without revealing the specificity of your flaws; the particular psychogeography and climate of your mentality and so on. Most characters are composite figures and they are often portrayed in a one-dimensional fashion as a result of the main character's supremely egotistical perspective. 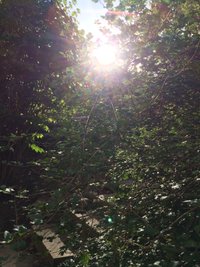