Lost in the relativist jungle, part 1

-  Fictional trial and error essay about truth, language and love. And the narrator ends up on a remote tropical island with Richard Rorty. An ongoing serial. Sometimes absurd and wacky.

Rather unfinished :). (by Anders Callenberg)

Walking through a city of words

"How could I have been the one I was?"

- E.M Cioran, identity, fragments, the task of writing biographies and so on.

After the thunderstorm
- Jodi Longshot ponders the aftermath in a poem.

- A short poem by Jodi Longshot

Terseness revisited
- Rita Radcliffe writes a review of "How to vanish without a fuss, volume 1" by B.A Cottonmouth Fermer.

A Rawlsian response
- The lottery of a just society, blind spots and so on. (By A. Callenberg)

- A short text about the album Big Spring. (A. Callenberg)

Fatherhood by Baby Bird
- A psycho-poetic journey through every song on the album "Fatherhood" by Stephen Jones, a k a Baby Bird. (Written by Anders Callenberg)

The naked man and other vignettes
- Fragments of thought and broken aphorisms about boredom, depression, anxiety, philosophy and life in general. Written by fictional character B.A Cottonmouth Fermer. Sort of an E.M Cioran pastiche. 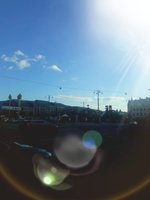